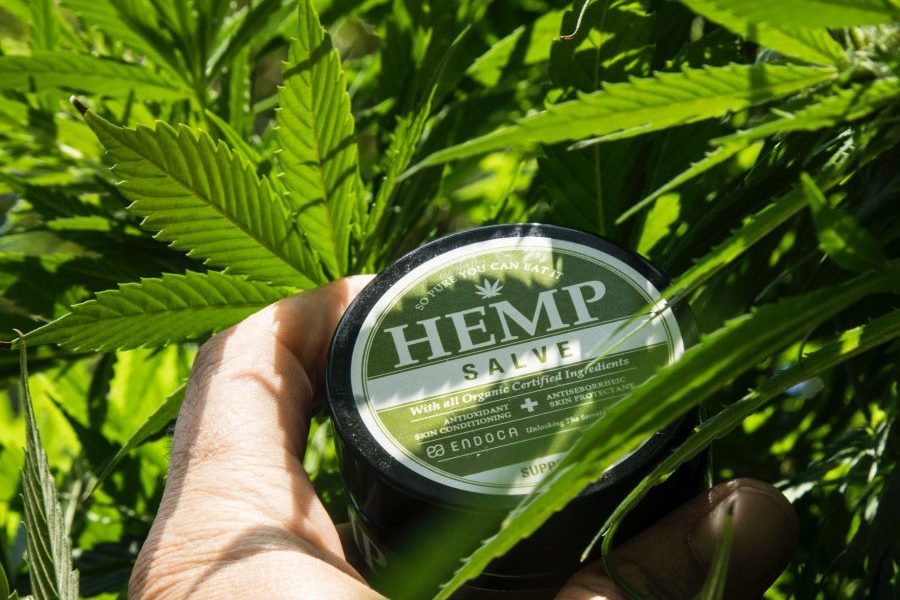 CBD products are growing in popularity. What are they, and how can they help us feel good?  Spirit Times takes a deeper look at CBD products.

Many people are swearing by products containing the hemp derivative CBD (cannabiodiol) for relief from common ailments. CBD products are highly varied in form, and include tinctures, capsules, creams and oils. These products should be taken with caution given that potencies can also vary widely.

Both hemp and marijuana are varieties of cannabis; the cannabis plant contains more than 100 chemical compounds—known as cannabinoids—some of which can affect our perceptions and feelings. The two primary types of cannabinoids are tetrahydrocannabinol (THC) and cannabiodiol (CBD).

How is CBD-hemp different from marijuana-THC?

Both CBD and THC have analgesic and anti-inflammatory properties. CBD is non-intoxicating and as a non-psychoactive cannabinoid, doesn’t get you high. CBD comes from the hemp plant which has a very low concentration of THC, the mind-alerting compound in marijuana. THC, a psychoactive cannabinoid, creates a euphoric feeling and alters sensory perception.

Typically, CBD products from hemp contain less than .3 percent THC though that may not be a firm rule followed by all manufacturers, and some packaging doesn’t specify legal THC levels. The currently accepted legal definition of industrial hemp is any part of the cannabis plant that has no more than 0.3 percent of THC on a dry weight basis, according to the National Law Review.

“Cannabis comes in many different forms with a wide range of potencies, and its production and distribution have yet to be standardized, even in states where cannabis is legal for therapeutic use,” Project CBD reports.

How can CBD products help me?

Customers are buying hemp-CBD products for relief from chronic pain, cramps, migraines, aches and pains, and arthritis, among other ailments. Not everyone gets relief from taking CBD products. The National Institutes of Health (NIH) indicates cannabis has a low overall risk for short-term use but more study is needed to clarity possible long-term risks and harms.

For the reduction of anxiety, both anecdotal and scientific evidence slants toward the success of CBD in easing anxiety, at varying dose levels, for many.

According to the NIH evidence points toward a calming effect for CBD in the central nervous system. A 2017 research review of studies supports the claim that CBD has therapeutic potential for treating insomnia. According to the NIH, current evidence suggests CBD holds significant potential as a treatment for multiple anxiety disorders.

CBD may work better for anxiety than sleep issues

Another study reported by the NIH in 2019, followed 72 patients being treated for either anxiety or sleep issues over a three-month period. In both cases of anxiety and sleep issues, side effects of CBD were minimal and included mostly fatigue.

On average, anxiety and sleep improved for most of the patients with improvements lasting over time. Sleep scores showed mild improvement. Smaller groups, about 19 percent, and about 26 percent, of the anxiety and sleep patients, respectively, reported worsening problems over time. In the study, CBD worked more for anxiety than for sleep disorders: overall sleep scores didn’t show sustained improvement during the 3-month study. However, anxiety was lowered in the patients and this decrease was sustained.

The NIH also cites anecdotal and preliminary scientific evidence of cannabis bringing symptomatic relief in neurodegenerative disorders, such as multiple sclerosis (MS) and Alzheimer’s diseases. For example, THC and cannabidiol in spray form can bring relief for neuropathic pain and disturbed sleep associated with MS. And CBD appears to reduce seizures significantly, among other neurologic disorders.

How does CBD work?

Medical and biology experts caution the mechanisms of just how CBD works in the body are yet to be fully determined. CBD is a drug (pharmacologically active). As such, CBD metabolizes in the liver by the same enzymes which metabolize many other drugs. One of the positives to cannabis is it has a negligible risk of overdose.

The endocannabinoid system is named for the plant that led to its discovery is considered the body’s great regulator, a physiologic system which establishes and regulates health. The system was discovered in the early 1990s by scientists who discovered naturally occurring neurotransmitters in the brain called endocannabinoids.

The body has special receptors for cannabinoids, called the CB1 receptors and CB2 receptors, located in the brain and the body:

Medical News Today reports that researchers once believed that CBD attaches to these CB2 receptors, but it now appears that CBD does not attach directly to either receptor. Instead, it seems to direct the body to use more of its own cannabinoids.

CBD can also increase the amount of anandamide in the body, according to CBD Oil Review. Known as the “bliss molecule,” anandamide works with the CB1 receptors to play a role in the neural generation of pleasure and motivation. According to CBD Oil Review: “Because CBD stimulates the endocannabinoid system, it helps to promote homeostasis in the body, reducing the sensation of pain and inhibiting inflammation.”

Are CBD products legal in the U.S.?

For the most part, yes, but the law is contradictory. Hemp was federally legalized in 2018. Yet CBD is still federally prohibited. As CBD Origin puts it “The legality of CBD can vary from state to state and federally, but in general, one of the determining factors is whether the CBD is derived from hemp or marijuana.”

Technically, the FDA considers CBD a drug and doesn’t allow the sale of CBD-laced products. CBD products are considered a controlled substance by the U.S. Drug Enforcement Administration (DEA) with few exceptions. Last year, the DEA re-classified an FDA-approved epilepsy drug containing CBD oil and THC at no more than .01 percent, to schedule V, the least restrictive category of the Controlled Substances Act.

But don’t let federal restrictions limit you in trying the products: reports indicate that federal investigations of individual CBD consumption is unlikely to become a priority.

Authorized medical use of marijuana is currently legal in more than 40 states, primarily for a limited amount of medical conditions. For example, in Minnesota, where approved medical marijuana use is allowed, some are prescribed marijuana for pain, PTSD and muscle spasms, among other health conditions.

Since there is little hemp and CBD industry regulation, take this information with caution and start with small amounts when you try hemp and CBD-related products.

Additional resources used in this report include various articles at these media outlets:

Star Tribune, “CBD, a cannabis compounds, is hot for the holidays, and in everything from gumdrops to bath bombs,” Erica Pearson, December 19, 2018; “CBD sales take off, outracing the science,”, Jeremy Olson, April 7, 2019.

Q & A with Psychic Joe Who

Spirit Times interviews psychic Joe Who, a “voice natural direct sensitive,” who just by hearing a person talk, he can tell them about themselves, their past, present or future. He’s also a medium.