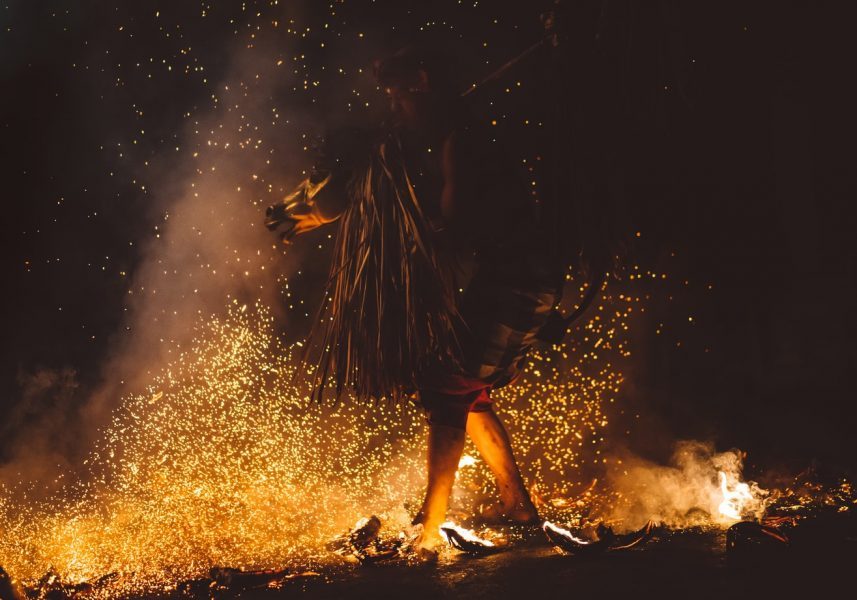 Shamanism is both a practice and an approach to healing. Shamans may conjure images of seers, mystics, spirit mediums, medicine men or women, exorcists, witch doctors, sorcerers or diviners. All of these impressions are accurate. You can also add energy healers and many other shamanic-trained healers, counselors and therapists to the mix.

Shamanism is associated with getting insights to evoke change and healing. Miracles from stopping a hurricane to ridding a person from a fatal illness to every day types of changes for the better such as recovery from illness or emotional healing, are associated with shamanism.

A person requesting healing from a shaman may be stuck in the old patterns and beliefs which hold them back, or suffer from an illness. They could have a lot of trauma in their past or even PTSD.

Above all, shamans hold the power and skills to change the energy of something, and by definition, shamans attain “altered states of consciousness in order to perceive and interact with what they believe to be a spirit world and channel their transcendental energies into this world,” according to Singh, Manvir, in “The cultural evolution of shamanism. Behavioral and Brain Sciences.”

The shaman “enters an altered state of consciousness and travels to non-worldly realities in order to heal, divine, communicate with the spirits of the dead, and perform other supernatural feats,” notes Rosemary Ellen Guiley in the “Harper’s Encyclopedia of Mystical and Paranormal Experience.”

The shaman’s path features “close relationships with the natural world, from mountains to rivers to fire to caves and lava tubes; from hurricanes and tidal waves to molecules and microbes, and also often with spirits, including ancestors,” according to ConnectedintheDeep.com. The concept of animism is about everything being alive, aware and responsive.

“Shamanism and animism are the oldest type of healing traditions on earth, even before man had language,” notes Judy Steele, a counselor in Minneapolis, Minn. who is trained in shamanism, energy psychology and transpersonal psychology techniques.  Every indigenous population has some form of these practices, evidenced in petroglyph drawings on caves going back tens of thousands of years ago.

Journeying and communing with spirits, nature and cells

Along with an ability to communicate with the natural world, the concept of journeying is a key differentiator of shamanism compared to other forms of healing. This could mean journeying or traversing your mind, to another country or culture, or through time. Shamans or those studying to be shamans may use psychedelic substances like ayahuasca to enter an altered state of consciousness. These substances are used for their perceived ability to promote physical and mental healing.

“A shaman is a person who voluntarily, intentionally, and for a purpose, enters into an altered state of consciousness, known as journeying,” says Timothy Cope, a shamanic practitioner in Minneapolis, Minn. who is trained in core shamanism. Healing and restoring an individual’s connectedness is a shaman’s goal.

The shaman is able to control their altered state and remember it. Importantly, the shaman can communicate with the living and nonliving, whether they are spirits, souls or cells.

Chanting, dancing, sweat baths, concentrating on imagery, and drumming are among the techniques used to journey to induce trance states and attain altered consciousness.

Cope uses drumming as a way to find that state. He notes there are two key shamanic world views: one of the non-ordinary reality which surrounds and permeates our everyday reality, and the concept that everything is alive. Non-ordinary reality holds that spirits are real, and they have an independent existence outside our awareness or imagination. “Everything is alive, not just people, plants, animals and the ocean, but even inanimate objects which are not biologically alive,” Cope says.

A shaman is indeed a form of energy healer. Energy healers are those who work with energy systems and are typically focused on removing any physical, physical, spiritual, or emotional blockages, typically through modalities like Reiki, tapping, hypnotism, or more intensive shamanic rituals, such as soul retrieval, according to goop’s “Guide to Energy Healers, Intuitives and Mediums.”

Soul retrieval is one tool or process which shamans may use to heal someone.  According to Cope’s website, a soul retrieval process may be used when parts of a subject’s spirit break away or separate from their larger soul. A shaman works to remedy this by journeying into the spirit world to discover those missing parts, and by then escorting those parts back to their earthly home within an individual, thereby restoring that person’s soul to wholeness.

To skeptics and non-believers, shamanism is considered a pseudo-science; its practices are not considered therapy as defined by modern psychology or medicine. Rather, Cope’s website notes shamanic healing is spiritual in nature, and its techniques may serve as powerful complements to those methods.

June is a relatively calm month from the astrology perspective…

Book review: How to Rule the World from Your Couch

Laura Day's How to Rule the World from Your Couch is unique among self-help books on intuition and spiritual tools for its breadth and depth. Packed with exercises, insider tips from a professional intuitive and personal stories of success and failure, you will want to read this book.

How to stay sane and positive during uncertain times

Stress and negative emotions are the fallout of difficult situations which can ultimately lead to transcendence or raised consciousness. But what can you do now?