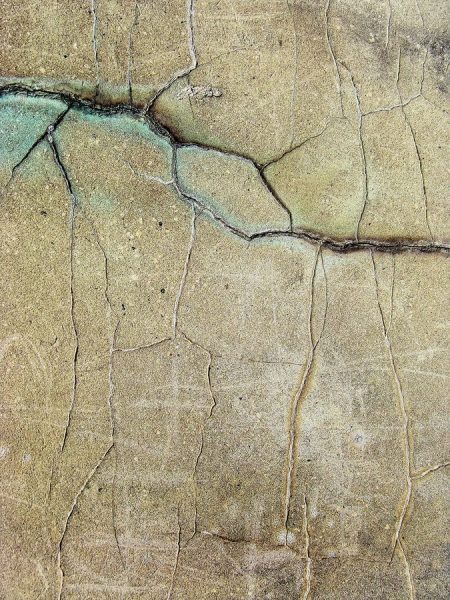 The month of October ushers in witches brew of intensity, with breaking down and rebuilding a key theme. With a Mars retrograde in Aries and a continued Mercury retrograde, it’s enough to create chaos. Add in the tension evoked by the upcoming presidential election in November; it’s a perfect storm of changes ahead, all amidst the backdrop of the global coronavirus pandemic.

October is a 5 universal month (1+0+2+0+2+0). Freedom is a key theme for October in breaking free of old systems and structures. According to numerologist Felecia Bender in the AstroStyle October 2020 numerology overview: Does something need to be knocked down and rebuilt? With so much uncertainty, it takes fortitude to move forward. Bender says: “The self-reflection served up this month under the energy of the 5 asks us to be resilient.”

Breaking down the old in chaos

Those structures are breaking down with earthquake-like energy notes intuitive Lee Harris in his October 2020 energy update video. “It’s been at work for a few months, but it’s going to get stronger in October. And what that means is it will bring fast change, divide or rearrange your grounded life,” Harris says.

Weirdness and absurdity come with the mix of the air with great change with greater amounts of “absurdity that we’re seeing out there, the absurdity that we might be feeling in ourselves as we go through this very rocky shift on the planet right now,” Harris says.

Avoid kneejerk reactions which can trigger unconscious wounds to come out. Instead try to be more conscious or awake in acknowledging your wounds and act accordingly. “We’re experiencing right now a lot of missing identity, lost identity, parts of yourself that you perhaps have never experienced before emotionally, psychologically playing out,” Harris says.

Those kneejerk reactions may have been prevalent in the fiery full moon in Aries on October 1, though with a conjunct in Chiron, which brings in themes of wounding and healing, notes Pandora Astrology.

“Mars is still retrograde so there could be a buildup of anger, and frustration that peaks during this full moon,” adds astrologist Maria Shaw in her newsletter. “Watch for people with quick tempers…The energy of this Aries full moon continues for about two weeks but the most intense are the three days around it.”

The second full moon of the month, known as a Blue Moon, occurs on October 31. The energy of the 2020 Halloween full moon in Taurus with a conjunct to Uranus 2020 Halloween, may serve to push all the emotionality of a full moon into some unexpected results, notes Pandora Astrology in its October 2020 astrology outlook.

Around October 13, Mercury moves retrograde and stays there until November 3, Election Day.  “Mercury is in Scorpio this month and will spend its retrograde period moving backward into Libra, so get ready to have intimate conversations with partners of all kinds (marital, business, teammate) with a view to clearing up old miscommunications,” notes Pandora Astrology in its October 2020 energy update.

The current Mercury retrograde is also in Saturn, encouraging emotional clarity. Issues may arise around restrictions, delays, boundaries and structure. “Since Saturn is exalted and dignified in Capricorn and Libra (respectively), we can expect that any of these issues cropping up now are ultimately for our own good—unpleasant as they may be at the time,” notes Astrology.com in its blog on the Mercury retrograde.

According to Yearly Horoscope.org in its blog on the Mercury retrograde, the  October-November period of Mercury retrograde in Libra may bring “enough agitation, sarcasm and nervousness with special influence on drawing wrong conclusions that we may regret later on.”

Pluto, the planet of transformation, has been retrograde in Capricorn since April 25, and finally turns direct on October 4. Its forward movement is alongside expansive Jupiter and structured Saturn, which both ended long retrogrades in September. Pluto encourages regeneration, helping you evolve your views and come away with a new perspective. As AstroStyle notes, “with this trio powering up the zodiac sign of governments, hierarchies, business and the economy, there’s even more intensity ahead for the final month of the presidential race.”

Mars, the planet of ego, sex, passion, anger, war, assertion and separation, went retrograde on September 9 and goes direct on November 13. Mars retrogrades turn things upside down, slowing down your motivation, libido and ability to fulfill what you are passionate about. The current Mars retrograde is in fiery Aries, is reflected in the extremes of U.S. west coast fires and civil unrest, notes astrologist Maria Shaw.

With the sun in Libra through October 23, the energy of balance, pacing and diplomacy may help to stabilize the chaos. “Take things as slow and steady as you can. When chaos is in the air, the best thing you can do sometimes is either ease off the gas or even stand still,” notes as the Astro Twins at AstroStyle in their October 2020 horoscope.

With all the change in the air, Harris reminds, us to speak your truth in order to add your energy to the conversation which will change the frequency of the conversation.

In The Courage Map, author Franziska Iseli takes the reader on a journey on how to grow and expand their courage with practical and sometimes humorous insights.

Book review: The Untethered Soul: the Journey Beyond Yourself

A key teaching of the Untethered Soul—no big spoilers here—is you are not your thoughts, you are simply aware of your thoughts so you can develop the power to develop greater awareness of those thoughts and feelings, and gently move them away from troubling thoughts and situations.

© Copyright Spirit Times LLC - All Rights Reserved 2022
Back To Top