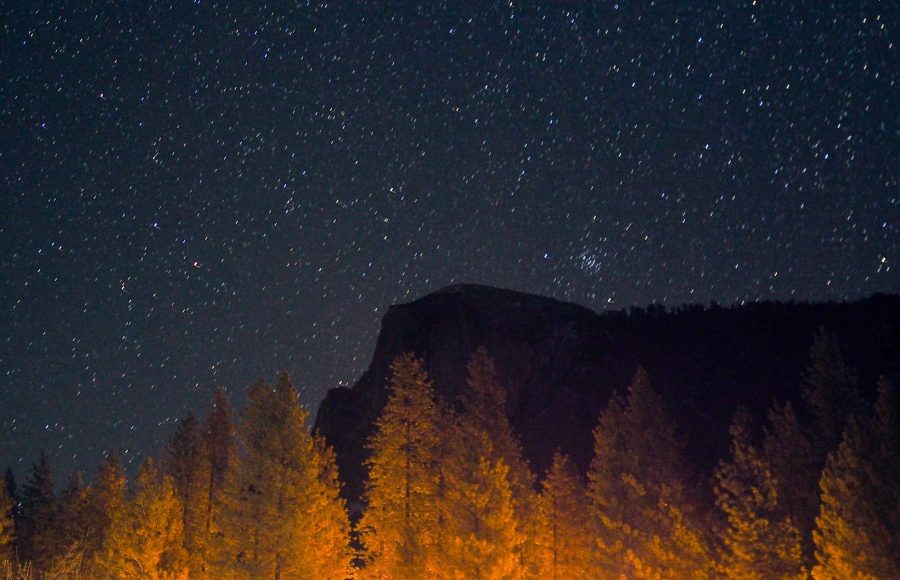 October 2019 has a whole new feel and from the numerology perspective, the one energy of the tenth month (1+0 = 1) of October brings in fall lightly under the cardinal air sign of Libra. The one energy brings a whole new vibe about initiating new projects or ways. The one energy can also amplify whatever efforts you are putting forth.

From the astrology perspective, the energies this month are likely to have an impact on relationships. Mars, the planet of action and determination, moves into diplomatic Libra around October 4. “It’s all about pushing through the issues which divide us and helping us to work out relationship and partnership dramas,” astrologist Maria Shaw says in her newsletter.

Also early in the month, around October 3, Pluto moves direct, after a retrograde period for the last five months. Pluto works on a psychological or intangible level, notes astrologist Yasmin Boland, which can bring subtle, if not life-changing things. So while it was retrograde, it brought a retrospective, transformative process. That transformation has been underfoot for many and if you haven’t changed something you need to, Pluto, planet of creative destruction, will call it on you. Some have learned a new skill or kicked a bad habit. Shaw says: “It’s a powerful day for moving forward.”

But hold on. Rather than rush headlong into efforts, our bodies and spirits may not tolerate such intensity so keeping things simple may be the order of the day. “Many of you are going to be finding you just don’t do overload anymore. You’ll start to notice that saying no to being overloaded, overstimulated is going to be a natural rhythm for you,” notes cosmic energy forecaster Lee Harris. Flow is an operative word, he suggests in his monthly energy video, where you can live in more magical rhythm, where things are flowing.

By the end of the first week of October, the crazymakers could come out and darker energies emerge. Avoid blowing up and projecting on others. On October 7, the sun squares Saturn, the planet of lessons and sometimes hard knocks, which could cause contention and have some of us getting ego checks in relationships. At this time, Mercury is in Scorpio, and opposing Uranus in stubborn Taurus. “An unexpected argument could take you off guard. If you are used to walking on eggshells around someone, today there could be a blowup,” Shaw says.

The October 13 full moon is a bit of different animal than many full moons; and there could be greater tension in the air—not just the typical let-loose and party vibe associated with full moons. This moon could bring more drama than most, according to Pandora Astrology, given the sun in Libra is opposite the moon in independent Aries, in a trine with Jupiter and Ceres. There’s also a sextile back to the sun and a square to Pluto.

You might find yourself in an argument where you are either digging in or playing the diplomat. Pluto’s stubborn streak encourages control. While the sun in Libra adds balance to hotheaded Aries, and Pluto adds more intensity, the trine to Jupiter in Sagittarius helps out adding a big-picture perspective, while Ceres, the earth mother, brings in groundedness. Accept changes at this time and be willing to let go of something to make transformation happen involving relationships and communication.

“The hallmark of this moon is to allow yourself to let go of opinions, positions, or ego, so that actual growth can happen. A strong trine to Jupiter can help this happen with self-effacing humor and big-hearted tolerance,” says Pandora Astrology, in their October 2019 forecast blog.

Power struggles and secrets could come out during the full moon. The full moon is square to Pluto and you may be triggered to let loose to a loved one. Astrologist Shaw notes this is also a good time for reconciliations if the couple in the relationship have come to terms with past hurts.

Finding the magic, Jupiter in Sagittarius

Jupiter remains in Sagittarius until December 2, notes Shaw. “Whatever part of your astrological charter Jupiter falls in, you have about two months to push your luck and make magic happen here,” Shaw says.

That sense of magic can be supported by living simply and accepting what’s happening in the moment, Harris suggests in his October forecast: “…pure and simple, everything is fine in this moment or window. Those kinds of experiences are more the norm when you are dealing with higher or magical frequencies in life.” Again, saying “no” to overload is the key to allowing that energy to become a norm.

The month shifts from Libra into Scorpio on October 23. Emotionally and spiritually, the advent of Scorpio season shifts us into the “thinnest” time of the year, associated with Halloween and Day of the Dead, where the veil between this world and the next is easier to see through.

By later in the month of October, Mercury has already started to slow down, in Scorpio, preparing for its retrograde on October 31. Mercury comes into its shadow phase already on October 11 when things can start to awry even before the actual retrograde commences. Start to prepare for it early. “Mercury retrograde is generally associated with communication and technology breakdowns, nervous anxiety, travel delays and lost items,” notes Astrology King in its blog “Mercury Retrograde October 31, 2019-Friends and Lovers.”

“There will be an urgency to get things done early in the month because Mercury will go retrograde starting October 31 and continue until November 20. You will feel the impending slowdown that this planet is known to bring when out of phase as early as October 21,” says Susan Miller of AstrologyZone in her October 2019 forecast for Aquarius. Mercury moves direct on November 20.

Because Mercury is in Scorpio, a water sign, the retrograde may easily involve emotions. According to Pandora Astrology, you may be up against some hard conversations with those you know you well who might have reflections that are tough to hear. Conversations may be around security, finances, taxes or even sexuality.

However, during the actual day of the retrograde, October 31, a conjunction between Mercury and Venus may temper things a bit, however, according to Astrology King. “It puts you in touch with what you love about a person and makes it easier to share your affections. Other people will also find it easier to show you love and appreciation,” says Astrology King.

The new moon on October 27 is a touchy one, notes astrologist Susan Miller of AstrologyZone, given Scorpio’s moody influence. Combined with unpredictable Uranus which is opposing the sun and new moon directly, it could provoke completely unexpected news. The energy of Uranus encourages change and innovation, making it a great time to execute changes in your life.

Pandora Astrology agrees about letting go, while cautioning about upsets with the new moon. “But Scorpio’s process of death and rebirth is often a delicate one and we may be asked to let go of things we’d rather hold on to. An opposition from Uranus in Taurus introduces a note of stubbornness to this moon, along with some unexpected upsets,” Pandora Astrology says in their October 2019 monthly forecast blog.

Also on October 27, a Mars and Saturn clash is dubbed the hardest alignment of the month by astrologist Boland, causing the most challenges.

Remember, the Uranus influence at the end of the month makes it a great time to implement and stick to changes in your life. A lot of the energies get back to finding your balance and center. Release your grip and allow things to flow, and when you work to stay in flow, in the moment, you can create magic throughout the month, not just on Halloween.

The energy starts out light in this blue-moon month, and builds intensity, with two retrogrades in March 2018. Starting with the Jupiter retrograde in Scorpio on March 8, examining your own truths will set the tone for months ahead.

4 big ways to do self-care

Self-care means taking an active role in your own well-being and happiness, especially in times of stress. Inner work, mindfulness, nurturing your inner child and honing your intuition are powerful ways to approach self-care.

Book review: Psychics, Healers & Mediums: A Journalist, a Road Trip, and Voices from the Other Side

If you are curious about the metaphysical and want to go behind the scenes with some of the country's top psychics, mediums and healers, you’ll want to read Psychics, Healers & Mediums by Jen Weigel.