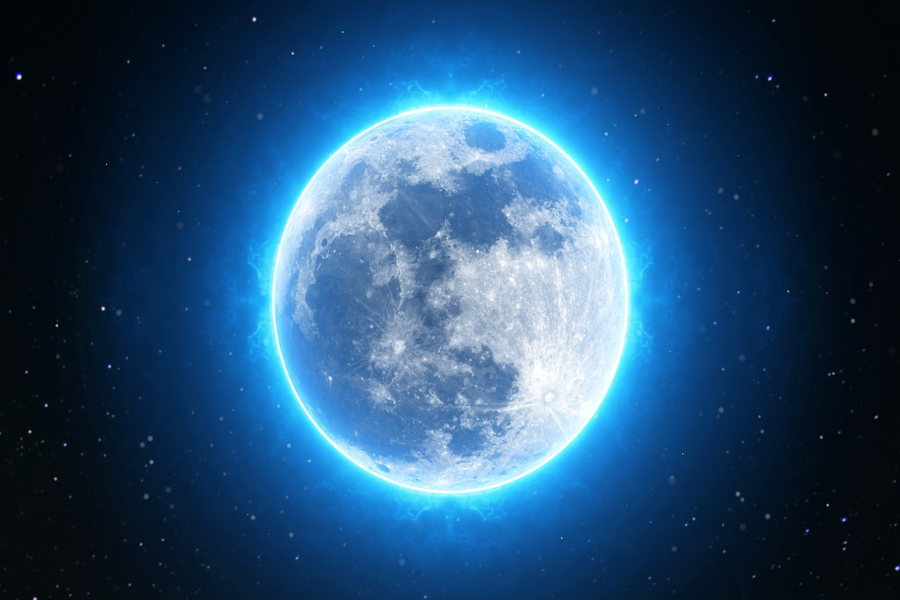 The 3 energy of March as the third month evokes fun, communication and truth. This is in the backdrop of the energy of 2018 which breaks down to a master number 11/2, suggesting the energy of spirit with the double 1’s and the light of 2 energy. But when lived negatively, the 11/2 energy can bring underhandedness, indecisiveness and undermining behaviors, according to numerologist Annabelle Castro.

The month of March 2018 may feel like two different months with the lightest energy in the first half of the month. The month opens with a full moon in Virgo on March 1, encouraged by a Venus and Mercury trine in Jupiter, a good time for people and fun.

Enjoy the ride until Jupiter goes retrograde on March 8, 2018, which can send you back to do some homework over the next few months, according to astrologist Heather Roan Robbins, among others. The Jupiter retrograde in Scorpio makes this month a great time to look at your truth or beliefs and see if they are holding you back. Or, if you can get affirmation if they are pulling you forward.

The Jupiter retrograde in Scorpio brings up its themes of transformation, money, sex and power.  From the #MeToo movement to gun control, pay attention to the issues and beliefs that are coming into the forefront this month both on the world stage and for you personally.

Here’s why: whatever it is you believe, signified by Jupiter which rules truth, will drive you subconsciously given Scorpio represents the subconscious, says astrologist Elsa Panizzon. So root around in your psyche to get at the truth and take your time, as Jupiter won’t go direct until July 10.

On March 17, a new moon also arrives in Pisces. Generally speaking, new moons open up a period of  about 10 days of opportunity and are a good time to set your intentions for the month ahead. Jupiter’s influence is hanging around, and with Pisces in a square to Mars, making March 17 an expansive, creative time—great for initiating a creative project, according to Pandora Astrology.

Also on March 17, Mars enter Capricorn, which is good all around because Mars represents energy and Capricorn is about stamina. Because of this strong influence with Mars continuing in Capricorn through May 15, you might want to check where this occurs in your astrological chart and what it means for you, at the monthly astrological forecasts by Susan Miller’s Astrology Zone.

Expect delays then the Jupiter retrograde is complicated by Mercury’s retrograde in Aries on March 22, lasting until April 15. If Mercury is your ruler, such as for Virgos, you will especially feel it. Communication, travel and technology are affected by this planet’s backward motion,  with things topsy-turvy especially the week before March 22, and toward Mercury’s stationing direct.

As to cosmic energy, March continues the “enormous wave of creativity” flowing this year, says intuitive Lee Harris, with March through June all very strong creatively. Avoid people-pleasing behaviors, Harris cautions. Many of us, he says, “read others wounds and trigger points” and we try to heal it for them, or lessen their discomfort so they don’t have to feel it. Stop that!

March 31 brings a second full moon in the month (a blue moon), and this one is in Libra and may deal with partnerships and relationships. Full moons, according to moonologist Yasmin Boland are a great time to release negative energy.

To learn more about where to go on the web to find the best forecasts for cosmic energy, numerology and astrology, please visit our Explore page to receive your 2-page resource guide.

August 2019 feels like a whole new chapter, a great month to implement your ideas with the amplifying 8 energy. Under bold Leo's influence, one highlight is the August 8 Lion's Gate portal where Jupiter and Venus align, bringing greater focus to spiritual gifts.

May 2018: astrology, numerology and energy outlook

May 2018 is about big changes and elevating yourself mentally. More massive shifts with consciousness come mid-month as the planet of disruption and innovation moves into sensual Taurus, a planet of stability and groundedness.

March is action packed, and many will feel renewed vigor but also purpose. Highlights of the month include March 11, a lucky sun sextile Jupiter transit, and March 20, Jupiter conjoins with Mars in Capricorn making things happen.