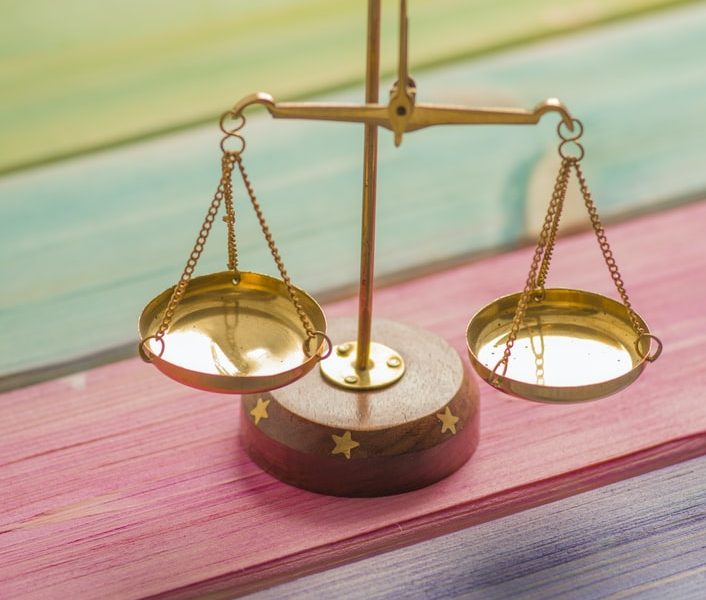 The month of June started with a roar of unrest on the heels of social injustice in the death of George Floyd in Minneapolis. Combined with the restlessness evoked by the #stayathome orders of the COVID-19 pandemic, June is already chaotic.

June is an active month from the planetary and cosmic perspectives, given two eclipses in the month and combined with the retrograde motion of several planets. In the words of the AstroTwins astrologers at AstroStyle in their June 2020 astrology blog: “With six planets spinning in retrograde motion by the end of the month, you could have one foot on the gas, another on the brake.”

For more on the many retrogrades, see our January 2020 astrology, numerology and cosmic outlook blog at “Slowing the roll.”

From the numerology perspective, the 6 energy of the month puts the focus on relationships and family dynamics where some may be assessing relationships. Numerologist Felecia Bender asks in the AstroStyle June 2020 numerology overview: “Which connections are worth nurturing and which are not?” The 6 energy also blends well with the mental, active sign of Gemini which might have us seeking freedom from restrictions. Gemini rules communities and communication.

Early June and the full moon lunar eclipse in Sagittarius

The vibe of unrest is reflected in the astrology with a number of planetary influences prevalent through June 10. The full moon on June 5 in Sagittarius is a lunar eclipse in a tight square to Mars, the planet of war and action, creating heated emotions. The moon is also opposite Venus which is in retrograde, making for less than harmonious relationships even with our loved ones.

Lunar eclipses are more internal than solar eclipses and are often about endings. As a result, there may be a strong emotional intensity which, Pandora Astrology notes in its June 2020 astrology overview, where, “we are forced to face aspects of ourselves we’d prefer never meet the light of day.” The period could bring arguments when our “cherished beliefs are assailed by logic.”

Reeling from Pluto, Saturn and Jupiter in Capricorn this year

We’re are still in the midst of the effects of powerful planetary movements this year: Pluto, the planet of transformation, Saturn, which rules work, government, rules and social order, and Jupiter, which can act as an amplifier, move in and out of Capricorn, which is focused on structure and hierarchy. Pandora Astrology notes that Jupiter can “just blows things up bigger and makes them visible when previously they were hidden.”

The rare meeting of Pluto and Saturn in Capricorn, which began in mid-January, kicked off the COVID-19 pandemic. For more on the Pluto and Saturn conjunction see our January 2020 astrology, numerology and cosmic outlook blog.  Pandora Astrology notes Jupiter’s connections with Pluto and in the 22 “hot degree” of Capricorn can really magnify issues such as the pandemic and adding fuel to the already bad behavior seen in riots.

Slowing down the roller coaster ride this month is the June 17 retrograde of nearby planet Mercury. The retrograde happens mostly in emotional Cancer, ending July 12. All the typical precautions apply to this Mercury retrograde—not optimal for signing contracts, buying electronics, or travel—but Cancer’s influence puts the spotlight on home. Emotions may rule at this time making clear thinking more challenging.

The Venus retrograde which began May 13 and continues through June 25, serves to curtail the compassion and social connections we crave. The Venus retrograde is occurring when the lunar north node, which rules collective karma and destiny, is in Gemini. For a deeper look, including the terrorism and international trade events during its last occurrence, see the AstroStyle blog on  “What the Lunar North Node in Gemini Means for Your Sign.”

Cancer’s emotionally dominating vibe, over facts and information, may have many of us needing to address something within ourselves which could be triggered by an external force, bringing out our shadow side. There will also be an initiating quality to this time as solar eclipses open us up to new situations and things.

According to Astrology King in its blog entitled “Solar Eclipse June 21, 2020, Freedom versus Restrictions,” it is a time to balance personal freedom and self-expression against changing levels of responsibilities and limitations.” The author cautions, “To avoid increasing tension, flexibility and adaptability are needed.”

Despite some of the softer energies of the month, in light of these uncertain times and unrest, cosmic forecaster and intuitive Lee Harris reminds us that grief is the process of death and birth moving through us. Harris notes the collective anger or fire this month will be undercut by or quickly followed by sadness. Anger also masks sadness. “The desire to push out, the desire to attack, the desire to defend, the desire to judge. It’s actually trying to get away from a deep sadness inside that has an incredible power in it, if you’re able to be guided there and to let it through,” Harris says in his June 2020 energy video.

Many of us will want to make efforts to take care of ourselves in light of the unrest which can wreak havoc to our nervous systems so take extra precautions to rest and slow down which can bring  healing to ourselves and those around us.

May 2020: astrology, numerology and energy outlook

May is spiced with plenty of planetary activity and surprises as we go through the pandemic. Take advantage of the more grounded, slower energy this month thanks to Taurus and many planetary retrogrades.

Calm at first look, all the retrogrades this month make for lack of activity. But a lot is happening underneath the surface. Spring forth with your plans later this month when Mercury goes direct, August 19, and Mars goes direct August 27.

Ruth Lordan is a household name in the Twin Cities. Our Q&A delves deep into her outlook on intuition, psychic powers and world view. Learn why mind strengthening is the foundation for happiness.