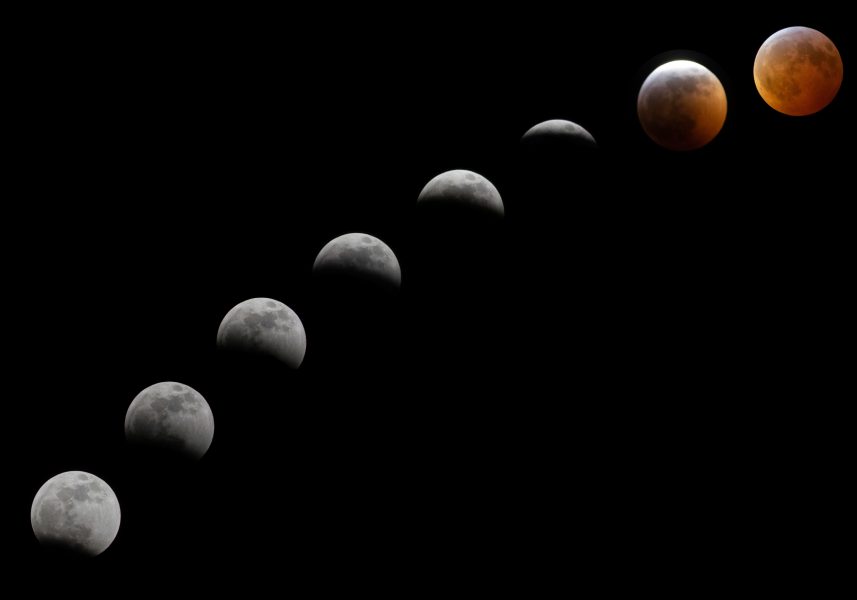 As summer is under full swing, so is the energy, and this month is more about opposites that many other months: think action and inaction as well as highs and lows. You may feel incredibly connected one moment, and another, disconnected, in your own inner world.

This is a slower month that many others from the planetary perspective, with a number of planets retrograde. Especially with Mercury retrograde from July 7-July 31, you’ve probably been feeling the havoc of the big planet of communications, travel and your calendar for a couple of weeks, already. Worse, Mercury’s journey retrograde in Leo and then back into Cancer, may bring “temper tantrums and ego storms (both in other people and in yourself),” according to the monthly forecast from the astrologists at Pandora Astrology.

Overall, from the energetic perspective, much is happening cosmically and in our consciousness. As numerologist and intuitive Kari Samuels puts it: “This is a massive month for change.” From the numerology perspective, the 7 energy of July can represent spirituality, contemplation and intuition, according to many numerologists. Combined with the energy of the world number of 3 (2+0+1+9 = 3), which invites communication, you may want to express yourself. As a result, you might have some inner conflict going on.

Eclipses, which can be thought of as wake-up calls, bring opportunity to create changes more quickly in your life. The first of two eclipses this month occurred on the July 2 new moon solar eclipse in Cancer. You may have found to be “a time where you may discover you’ve been hiding or underutilizing parts of yourself for fear or rejection and this revelation may come out of nowhere,” according to Pandora Astrology.

Retrograde planets deepen the look within

More inward reflection this month is also supported by the continued retrograde of the planet Neptune, which went retrograde on June 21 and continues through November 27. The effects of Neptune’s retrograde are more subtle than planets such as Mercury but still powerful. As noted in our June 2019 energy blog, Neptune’s retrograde encourages an inward look and reflection on our spiritual selves. And when Neptune—representing our dreams, imagination and creativity—is retrograde, we can be prone to disillusionment, and also deception from ourselves or others.

With Neptune retrograde, accept your actions and be accountable, notes an article entitled, “Neptune Retrograde Will Bring Us A Deception-Filled Summer.” Author Erika Smith writes: “Ultimately, the purpose of such a transit is to strip the soul from the arrogant influence of the ego while driving it to find a deeper meaning and sense of self.”

Astrologist and medium Maria Shaw gives a word of caution with Neptune retrograde: “If you find a problem or concern during the Neptune retrograde, you must do something about it because it can worsen when Neptune goes direct.”

Saturn, a planet of lessons and structure, went retrograde around April 29 and goes direct September 18, 2019. As noted by AstrologyKing: “The lessons associated with Saturn retrograde 2019 relate to your thoughts and words. It will be especially challenging if you have a history of teasing or verbally abusing people. Pessimism and indecision make this a difficult time for making important decisions.”

Where do you need to take more responsibility or review your commitments? Astrologist Shaw notes many will be able to finally take a stand on something they should have long ago. “Now you will have the strength and guts to say it. You can renegotiate things too.” She cautions not to take on promises you cannot keep. If you’ve started something big, then stick with it. If you haven’t started that big endeavor, then wait until Saturn goes forward.

Pluto, the planet of transformation, which rules what is hidden, the subconscious and personal power, has been retrograde since April 24 and continues until October 2, 2109. Shaw notes: “During this period, the power to heal is very strong…Under any Pluto transit, there is much pressure to eliminate old, outworn patterns and situations in our lives.” Pluto retrogrades are an excellent time to make changes in your life, gain greater control and establish or improve boundaries with others.

The conflict between inner and outer worlds is also found in the cosmic energy. According to intuitive Lee Harris’s monthly energy video, the push-and-pull of being in tune and in alignment are showing up with the energy of rejection. Stop beating the door down of others if you aren’t getting a response and move on. Remember the fear of rejection noted in the July 2 eclipse? The good news is all the inward reflection that is encouraged this month by the planets should help us all move through rejection.

As we push through our self-perceived limitations, our conscious energy spirals higher, Harris say there can be a feeling of euphoria, along with a crashing-down of depleted energy. “We are all having accordion-like energy given the expansion on the planet,” he says. Get grounded and allow more space in your life for grounding.

Month of powerful realization and reflection

You need this grounding energy and to be still because of the ups and downs which suggest realization in the form of ah-has and epiphanies. So temper it all with reflection, Harris says. “There is an incredible power in presence and stillness right now and that’s what this gift of reflection gives us. Realizations, epiphanies are happening faster than ever before but they become super-powered when we take time to reflect,” he notes in his monthly video transcript.

Reflection allows you to make new decisions and be aware of the pathways you are creating. “And that’s what’s birthing on the planet right now—more conscious creation and more conscious people,” Harris says. That’s where the great power in reflection comes in because we can transform our thinking, actions or simply way of being. Ask yourself how you can apply what you are learning.

On July 16, the second eclipse of the month in Capricorn is rich with meaning, and you may be called upon to make changes in your life. Those pesky emotions can’t stay down. “Expect unexpressed emotions to rise to the surface for release, and that can be scary. If you’re willing to explore them with curiosity, you just might build some strengthening character skills,” notes Pandora Astrology.

Stern Capricorn is concerned with work and social status. Cancer rules family and home. Think requirements versus needs when the eclipse takes place in the Capricorn/Cancer axis, according to Pandora Astrology. As a result, many of us will be trying to seek balance in the area of work versus home and family.

Susan Miller of AstrologyZone suggests the July 16 energies may bring out what has been hidden. For example, Aquarians, may find that those trying to deceive them, their “secret enemies” may make themselves known. For others, softer energies may cast a nice light on home and family but the eclipse energy will force decisions. Pluto will be active also during the full moon eclipse of July 16.

Err on reflection and slow down

Alas, the new moon of July 31 in Leo will underscore the need to slow down for many and take time for oneself, according to AstrologyZone, under more harmonious energy. A similar vibe is suggested by Pandora Astrology where Venus, the planet of love, is in play as it will conjoint the moon, “infusing the lunation with a romantic, gentle and social feeling.” At the same time, Chiron, the wounded healer, continues retrograde, but supports the moon in a trine in fiery Aries.

The dichotomies of the month, with the inner and outer worlds, the slowdowns and reflection required with retrogrades and with the 7 spiritual energy of the month are all here. Harris sums it up well in his July energy video: “So although July and August are fast energetically, you will probably find there’s a power in slowness and stillness, more than speed and action.”

January 2018 and year ahead: astrology, numerology and energy outlook

Energetic outlook for January 2018 and the year ahead.

July 2018 brings many twists and turns even though it’s a low-energy month. Stay aware and avoid conflict this month.

November is the 11 month of the year which breaks down to a 2 (1 plus 1). Two is a number of intuition, relationships, feminine energy and duality. In particular, November 11 has a powerful spiritual energy, a good day to meditate. Some call the 11-11 energy a magical numerical combination about waking up and moving ahead. From the astrological perspective, on November 11.