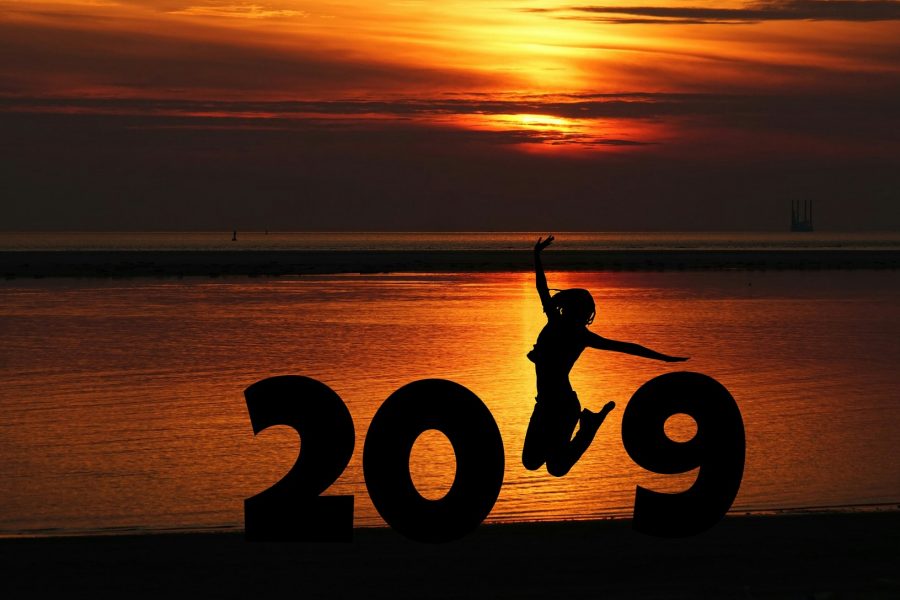 Make January 2019 a month of restoration, planning and new beginnings. The internal work you do now will matter the most as we commence a new cycle. The New Year starts out strong with many key planets in direct motion, and action-planet Mars starting the year in the me-first, aggressive, go-getter sign of Aries.

First of all, we can say goodbye to the energy of 2018, the good and the bad of it. From the numerology perspective, last year was a 2 Universal Year number of 2 and also a Master Number of 2 expressed by 11/2 (2 + 0 + 1 + 8 equals 11). 2018 was intense and polarizing. When lived negatively, the energy of the Master Number of 2 (11/2) can lead to indecisiveness and undermining behaviors.

The year 2019 represents lighter energy, given the number 3 as the Universal Year number (2 + 0 + 1 + 9 equals 12, which breaks down to a 3). The number 3 is about creativity, communication and optimism. Numerologist and columnist Felicia Bender in her column at AstoStyle notes: “Now, we can boogie onto the dance floor of creativity and self-improvement, which are hallmarks of the 3 Universal Year.” Amen.

For many, January will be a month of planning and new beginnings. We can take heart in knowing we will likely have good success in putting old issues to rest. The last 7 years were a cycle of clearing, now we have embarked on a new 7-year cycle of elevation, says intuitive Lee Harris in his monthly energy video. Take the month to go inside and set your intentions for the year. Use the precious resource of time for a final month of clearing, forward visioning and the internal in a whole new cycle of cosmic energy.

During January, some of us will also have to find new ways of being and find our strength. “Many of us empaths can over immerse ourselves to what is going on outside them, in the feelings and the energy field of the collective,” Harris says in his video, noting sensitives and empaths pick up on the energy and may feel like they have taken a beating in recent years.  “We lose our faith, our passion, our energy–the very things your life and the world need more of now,” Harris says, writing in the video summary: “Now is the time for empaths, sensitives and healers to figure out their path here, and find their way of strength.”

Harris says: “Are you trying to keep up the bus all the time? Take time to just slow down. Create a new blueprint. We have to fill up our own cup. What is it that matters to you?”

How to make your intentions real

As you are finding new ways of being, and planning for the year ahead (or even further out), it’s easy to get in your own way with doubts and fears.  As you create your intentions, Harris says when any defeatist energy, victimhood or negative thoughts come up for you, take the time to go deeper. In the process, questions to ask yourself what you are mad or sad about, how far back it goes, and how can you help yourself to move forward and change that issue. The very act of setting your intentions can be seen as a spiritual experience and healing process.

Capricorn kicks off the month

On January 5, a new moon solar eclipse in determined, ambitious Capricorn will create a somber mood. In addition to the Sun, the planets of Pluto, Mercury, and Saturn will all be in Capricorn. And notably, the taskmaster planet of Saturn will be conjunct to the new moon then, adding a heavy feeling and perhaps a focus on job changes, career, or business plans for many.

Around the middle of month, reality may clash with your illusions. On January 13, 2019, a planetary square-up that happened in June 2018 occurs again when Jupiter squares Neptune, which will challenge us to see the world through different lenses and learn something from each of them, notes Pandora Astrology in its January monthly blog.

Neptune is the planet of spirituality and dreams while Jupiter is all about expansion and optimism. Try not to underestimate your limits or misjudge what is realistic. “A square is a stressful connection, like an argument. Neither of these planets (Jupiter and Neptune) is very good at balance–both tend to see life through an unrealistic lens. So when they start arguing with each other, chances are very good that illusion, delusion, superstition and fantasy will get blown up way out of proportion,” writes Pandora Astrology.

This feeling of duality between reality and illusion may go on for some time. Jupiter’s square with Neptune lasts about 9 months and spans 14 to 18 degrees of mutable signs, affecting those with their Sun in Sagittarius, Pisces, Gemini and Virgo, according to Pandora Astrology.

Your beliefs may shift this year. By the time of the final planetary square of Jupiter and Neptune in September 2019, you will be changed by the experience and integrate a new approach to what your truth is, and the beliefs that reflect this, notes astrology website AstoButterfly notes in its January 2019 monthly blog.

On January 20, the moon will be in Leo, and a total lunar eclipse brings a Supermoon—the moon’s closet point to the earth in its monthly movement. Lunar eclipses can bring situations and emotions to a head. Leo likes to take center stage, and at the same time, the Sun, which rules full moons, will be in Aquarius. “This is a difficult eclipse because Uranus will be in hard, 90-degree angle to both the Sun (now in Aquarius) and the full moon in Leo, both at one degree,” notes Susan Miller of Astrology Zone. A theme here might be: it’s not all about you, even though you want it to be.

This lunation could stir up complicated feelings about being seen and heard, notes the website Astrology in its blog on this particular lunar eclipse.  The good news is the sun in individualistic Aquarius shows us how to do our thing, without worrying too much about other people’s reactions.

AstoButterfly recommends to take a look at the area or house in your natal astrology chart that Leo rules. It may be related to what happened in your life during the Leo-Aquarius Eclipse cycle that started in February 2017.

In summary, January 2019 will be a month of new beginnings for many, and as astrologist Susan Miller puts it, starting the year with a strong, forward-moving Mars acts as a booster rocket of sorts. With both Mars and Venus not going retrograde this year, it is cause for celebration. “This assures a productive year ahead with plenty of energy and a variety of options,” Miller says.

An important full moon lunar eclipse starts the month, ending a series of Capricorn-Cancer eclipses. From the cosmic outlook, the last half of the month will hold faster, more fiery energy than the first part, supported by Mercury's direct movement mid-month.