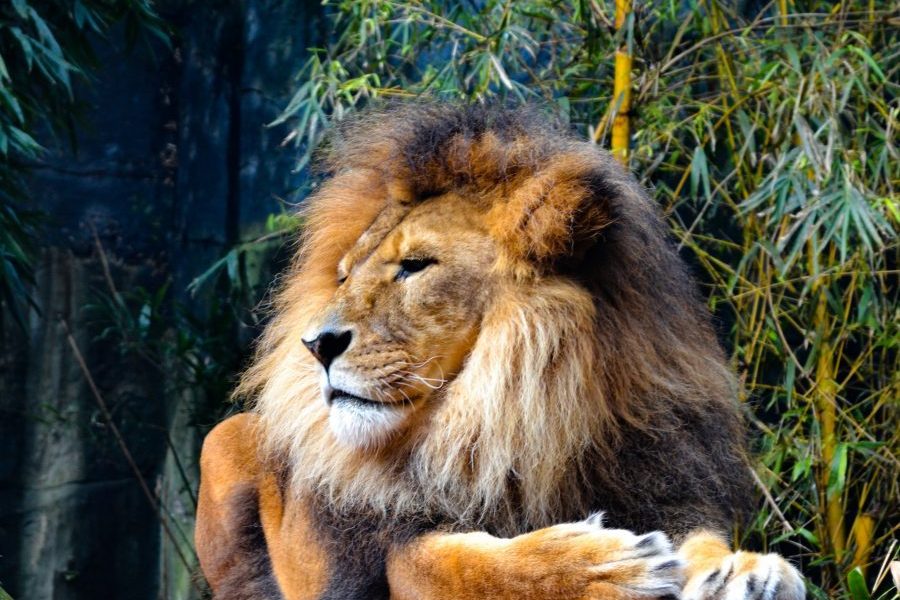 The month of August 2019 will feel like a whole new chapter and is a great month to step up and start to implement your ideas.

The 8 energy of August is an amplifier, according to numerologist Felecia Bender, in her AstroStyle numerology forecast. The 8 energy encourages us to not only look at our financial balance sheets but our own power currency. “Ideas can become turbo-charged now. Just be sure to stay on track and try not to get discouraged if you swerve out of your lane a few times—keep your eye on your goal!”

From the cosmic energy and consciousness perspective, in August 2019 you may experience some real epiphanies but the key will be not to act on all of them. Drill deeper into your own power of intuition and discernment to decide what to act on. As intuitive and cosmic forecaster Lee Harris says: “You won’t want to act on all of them.”

Harris says in his monthly August forecast: “August has a very different character compared to the last two or three months have brought with them many surprises…many twists and turns, many unexpected events. August will be a lot calmer and smoother in terms of the waters of life.”

Likewise, from the astrology perspective, that calm comes after an intense July for many when we were all subject to two eclipses, which may have helped you to bust loose old patterns, and a Mercury retrograde, which ended July 31, along with other planets that are gaining momentum.

Leverage the shadow phase of Mercury’s forward movement in the first couple of weeks of August to tie up any loose ends that weren’t completed in July.

Calm with waves of resistance

The calm doesn’t mean you won’t meet with resistance this month which holds push-pull energy, highs and lows. Harris says it feels like a wave pattern where you meet resistance. “You may have dissonance with people. Everyone is feeling a bit odd. People are out of the normal personalities,” Harris says in his monthly energy video.  One way to make what you are feeling more solid is to practice self-care. Check in with yourself and your intuition.

Likewise, astrologist and numerologist Elizabeth Peru cautions that we are all doing a lot of inner work, often at the deeper, soul level while we sleep. “Nothing is wrong and everything is right with the current vibration you are experiencing on earth,” she says in her late July energy forecast, as third-dimensional (3D) energy pushes against our 5D frequency. Our 5D selves are related to the soul or self as a spiritual being of light.  Resistance against the new energy coming in of our regular 3D selves is like going uphill, Peru suggests.

The month opens with a bang of the July 31-August 1 new moon which is also a Super Moon, meaning it’s in close proximity to the earth. The moon is in Leo, a sign which adores visibility and attention but as a fixed or stabilizing sign, people born under Leo are go-getters who get things done.

On August 8, Venus receives good vibes from benefic Jupiter, a great day for some zodiac signs to be social, and with their romantic partner, when Venus will be in bold Leo, according to AstrologyZone. The day will also be supportive of travel, publishing and broadcasting for some zodiac signs.

The so-called Lion’s Gate portal peaks on August 8 and dovetails with many cosmic forecasters who say we are in a period of accelerated ascension. According to Forever Conscious in their August 2019 astrology forecast: “This 8/8 energy is going to be helping us to elevate and tune in to higher frequency energies so we can receive psychic downloads and access higher realms of consciousness…. It is also a time to honor and recognize your spiritual gifts, and to remember that you are so much more than just a body.”  Use this time to visualize and manifest what you want to bring into your life.

Astrologist and medium Maria Shaw notes the Lion’s Gate energy is all about more fully awakening your divine light and embodying divinity within a physical form. Shaw says in her newsletter: “Leo energy that we’re all experiencing at this time, regardless of your personal zodiac sign, is also associated with royalty, and so this alignment can be seen as awakening the royal codes of higher living which are available for all.”

Jupiter, a planet associated with luck, manifesting and expansion, goes direct on August 11 and starts to become stronger, after its four-month retrograde, sure to bring momentum to your endeavors. If you have a lot of ideas you want to execute—think them through first as to if you really want or need to execute them, according to Harris—then now is the time to turn them into action.

Use this good energy to your advantage. “Whatever you do August 11 and 12,  will have a major beneficial effect on your life for many years to come,” Shaw says.

Remaining in retrograde this month are Neptune, Pluto and Saturn. See our July energy forecast blog for more information. Also on August 11, as Jupiter becomes stronger, Uranus begins to retrograde and becomes weaker. Uranus, the planet of surprise and innovation, will be in Taurus during its retrograde. According to Refinery 29: “Changes will occur more noticeable internally, rather than externally while the mysterious planet moves in reverse until January 10, 2020.”

The full moon in Aquarius, the sign of groups, at 22 degrees is loaded with relationship themes, according to Pandora Astrology, which notes: “This full moon invites us to express ourselves through romance and creativity.” On this day, Venus, direct, conjuncts the Sun. In their August 2019 astrology forecast video on the August 15 full moon, the astrologists say: “It’s a signal that relationships can move forward quickly. The relationships we form now have a certain momentum built right in.”

Both Venus and Mars will join the sun in Leo, adding sparkle. Think bonding, and all the emotions that full moons bring up, and connection, supercharged by the driving, sexual feel of Mars.

The month may feel less playful around August 23 when the friendly, fiery, bold Leo season ends and we move into Virgo, the earth sign of work and service. “This (Virgo) is a Season for health, for healing, and for reflection, it is a season to focus on creating a routine that is both productive yet rooted in self-care,” says Forever Conscious.

Finally, the Virgo new moon on August 30 brings new energy, much like the month started. Venus, Mars and Mercury are involved, and according to Pandora Astrology, relationships will be in focus. According to the Pandora monthly forecast blog: “One can expect that the themes of ‘work and service’ may play out in our most intimate and relational side of life and as this month Venus is having Relationship Rapture Day we can also expect relationships formed this month to proceed ahead with clarity and speed.”

November is the 11 month of the year which breaks down to a 2 (1 plus 1). Two is a number of intuition, relationships, feminine energy and duality. In particular, November 11 has a powerful spiritual energy, a good day to meditate. Some call the 11-11 energy a magical numerical combination about waking up and moving ahead. From the astrological perspective, on November 11.

The first part of the month brings heavy energies, tempered by a number of planets which are retrograde which slow activity. The uncertainty and unrest in the world is calling us toward peace, in the midst of the upheaval during a time of powerful planetary movements which affect work, government and structure.

In The Courage Map, author Franziska Iseli takes the reader on a journey on how to grow and expand their courage with practical and sometimes humorous insights.