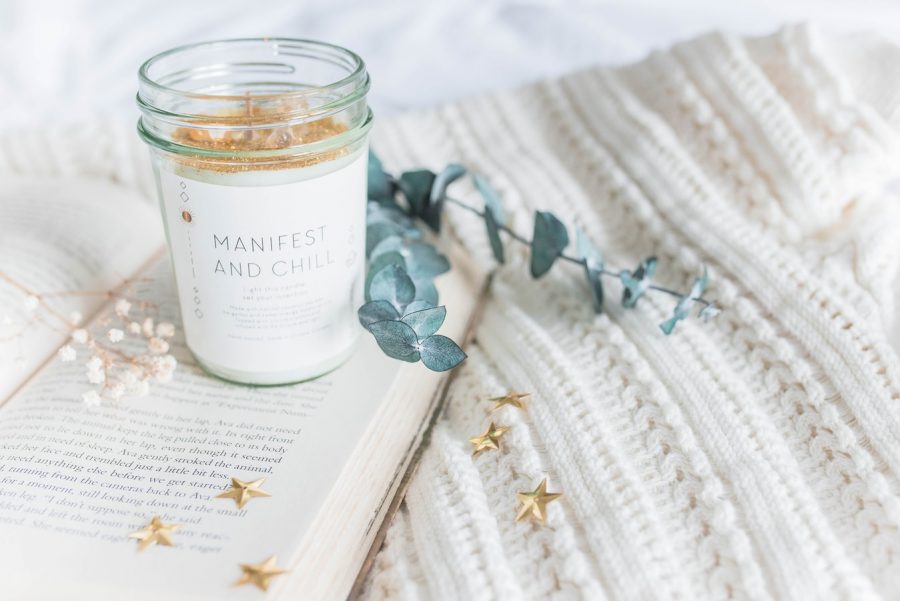 Attracting and manifesting what it is you want doesn’t have to be complicated. There are many resources you can reference on some of the basic steps and works by Esther and Jerry Hicks through the Teachings of Abraham are always good starters. Simplified, the steps of the Law of Attraction are 1) asking for what you want; 2) putting that call out to the universe and letting the universe answer; and 3) bringing yourself into vibrational alignment with your desire.

You will find a lot of resources on the internet involving how to manifest, including our blog “6 Things to Know About Manifesting” based on the works of Esther and Jerry Hicks.

In addition to these basic steps, here are 4 big ways to approach manifesting or attracting what you want:

As noted by Esther Hicks in her work on channeling Abraham and the Law of Attraction, you are either in the process of moving toward your desire or resisting it. Work on your feelings of acceptance about where you are in the process of manifesting your desire and your feelings about what you desire. Hicks wrote in the Amazing Power of Deliberate Intent (Hay House, 2006), on p. 87: “Emotions that feel good indicate alignment with, or allowing of, your Source; while emotions that feel bad indicate misalignment with, or resistance to, the Energy of your Source.”

Much of “the work” involving emotions and feelings is about getting in touch with what Hicks calls the “Energy of your Source” which is really your connection with your own creation energy, God, source energy, your own stream of well-being, or whatever terms you put around your sense of divine connection.

Lack of acceptance can be a substantial barrier to source energy and thus block you from attracting what you want or delay you from receiving it. Doubts, fear, disillusionment and frustration are all aspects of resistance, the opposite of acceptance. As Esther Hicks often says, “release a little more resistance, and you will feel better still.” Relief is the sign you are releasing resistance, that you are moving toward allowing.

Intent is really about getting clear of what you want and why you want it. Intent lies at the core of deliberate creation which is really co-creating with the universe or your own source energy to achieve your desire. According to Merriam-Webster dictionary,  intention is “what one intends to do or bring about” and intent is a “usually clearly formulated or planned intention.”

For more on how to approach setting your intentions, see our blog on how to “Set Your Intentions.” Remember to fine tune or adjust your intentions as your world view changes. Similar to the concept of getting clear phone or radio reception, getting clear on your intentions will help you to manifest. But first, before you set or declare new intentions, look at releasing your old intentions which may entail a deep inward journey to help uncover your unconscious beliefs. Old beliefs that no longer serve you can also delay or block you from attracting what you want.

Taking action is an essential step in the Law of Attraction. If you have done nothing to reach or  manifest your desire but are merely dreaming of it, stop procrastinating, and make even the smallest moves every day toward that outcome or desire.  Procrastination can be a form of resistance. You may be dragging your heels because the timing of the universe isn’t there yet; it can also be about divine timing.

By taking steps every day toward your goal, or as much as you possibly can, you will stay in deliberate creation with the universe, and get results easier and faster. To this end, you can even use the concepts of “mini manifesting” such as asking for specific types of help to support our journey toward your goal. When the student is ready, the teacher will appear. Ask for guidance, help and just the right resources to appear. Watch for the signs of the universe bringing it to you and take note when it does. Recognize, honor and even celebrate the small signs.

Action isn’t only about tangible steps and your to-do list. Taking action is also about taking energetic action by controlling your thoughts and managing your feelings around the goal. Think adjusting and amplifying as needed. For more on how to approach managing your emotions and feelings around manifesting, see items 2 through 6 in our “6 Things to Know About Manifesting.”  The right tuning or vibrational alignment of your energy to your goal, its power, that is your power to manifest or attract your goal becomes nearly an unstoppable energetic force.

In other words, you have momentum and it will happen. Which brings us to our final concept.

Magic involves a special power or influence seemingly from a supernatural source. But it’s also about preparing yourself for what it is you want by getting in tune with what it is you want so you can more easily attract it. As suggested in item 3. above, if you are taking action toward achieving your desire, you also have to expect to continually adjust your energy by the minute or hour. That is the dance of life. From the energetic perspective and the Law of Attraction, you are either moving toward allowing or resisting your desire. Allow the space for creation energy or magic to happen by not clinging closely to it. Release it.

Give that “right place right time” vibe a boost, too, by using visualization techniques. Visualize what it is you want in your mind’s eye in waking consciousness, or in meditation, or create a vision board of it. Remember, acceptance of where you are currently will support the process, and bring it about sooner.

Watch for the subtle magic or subtle evidence of what’s working for you. The more you notice what is working for you, the more your energy will resonate with the energy of your desire. You can and should expect magic.

November is a buoyant, even magical, month given the Influences of Sagittarius coming in later in the month, and Jupiter’s strong influence. But it’s also about inner change.

Boundaries include not only how you manage yourself and your time, but also your energy. Boundaries are the limits we set for others which are physical, emotional, mental, psychological and even sexual. Learn how to approach setting boundaries.

January 2020 energies are signaling a new era as many of us further explore who we are, mixed with the historical planetary event, the Pluto-Saturn conjunction in Capricorn, which holds potential for disruption. Watch for twists and turns this month.

© Copyright Spirit Times LLC - All Rights Reserved 2022
Back To Top